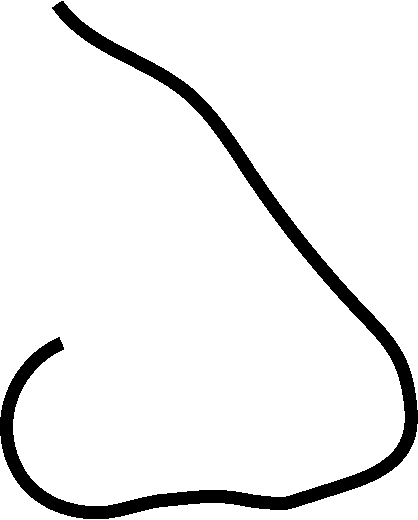 It’s the Law After All

Quite often, people become bored and complacent with their fashion choices. There’s no thought, no expression, no mood. Zendaya, on the other hand, has managed to elevate her style with the help of Law Roach. Together, they have this rare ability to make you question what’s actually trending today. They’re always flipping the script.

There’s an effortlessness that stimulates the eye. She’s not trying to steal the show by any means. But at the same time, you can’t be mad. The unexpected element of her fashion decisions leaves you gasping for the next moment. Asthma.

Who said your clothing is all that makes the outfit?

You have the opportunity to give a complete look into your creative aesthetic. Don’t cheap out now. Visualize, accessorize, fantasize.

The Power of Law

Typically, most people don’t get to erase the fashion fails and mishaps of their teenhood, but Zendaya, the skinny legend she is, has amassed a catalogue of fashion highs right out the gate. The moment she left the Disney Channel studios, she Law probably cut her Claire’s skinny jeans and transformed them into some booty shorts.

Zendaya’s longtime stylist and confidante, Law Roach, is an innovator within the fashion industry and styling space. No one was doing archival until he was. He has the connections but most importantly, the eye for revamping a look.

In Zendaya’s defence, though, she and Law worked with a budget during her Disney Channel days. But let me tell you one thing, people. Zendaya doesn’t happen to see that taste is a significant bonus. She is far too humble to realize that most people have budgets and still don’t have the level of fashion feats that she and Law have amassed. The budget may always be a prerequisite to solid taste, but one thing’s for sure, it’s a waste of fucking dollars when you look a hot mess.

I’m very keen to know the dynamic and atomic structure of her relationship with Law because whatever they’re doing is paying off.

What stops people from wearing clothes outside their comfort zone?

Perception–it’s the straw that breaks deep into the canals of fashionable expression.

Can you leave your house and deal with the stares and whispers while putting on a marvellous showcase of the latest, in-season garb?

I can speak from experience when I say that the eyes, the watches, and the questions are deterring. Although most people may like the attention, I can simply deal with a look here and then there.

Many of the clothes I had bought, like baggy corduroy trousers and countless blazers, took me time to wear with true pride and joy. I was so fearful of what people would really say. Fortunately for me, however, my coworkers are super complementary– in other words, they have impeccable taste.

I’ll give you one tip on wearing pieces you feel the most hesitant to wear due to the stares and whispers. Wear a nice pair of AirPods, blast your favourite playlist, and keep walking. There’s enough nature around us that we can stare off into space. But refrain from looking down because you’re not weak or afraid. Stand normally and watch left and right. Look wherever you’d like.

There are countless benefits to stepping outside the box with your fashion, the notable ones being that you can:

Zendaya, who is only 340 days younger than me, is already lauded as a champion for her artistic expression and cultural empowerment.

With the support of Roach, she has demonstrated a soft, silk-draped effortless relationship with storytelling through her fashion. After all, her Met Gala portfolio is impeccable (except maybe for that Tommy Hilfiger look– perhaps the kindest thing her evil stepsisters could do is destroy it).

But every other piece? Magnifique. A zen day indeed.

Playing By Her Own Rules

Most people with brand deals, are almost exclusively wearing them, but not Ms. Zendaya. The costs of guaranteeing an entire press cycle of outfits on her would be astronomical.

She’s amazing because she’s unexpected–which is a lot to say considering how many risks she takes with her looks. You’d think that people would grow comfortable with her style. The unity in her collective is a driving force of style and stature.

Law’s own personal style is bold and elevated. The clean, tailored lines, exaggerated shapes, and luxurious tones are second to none. He makes every look an experience, from the garments to the makeup. He doesn’t leave any stone unturned. Accountability to the core. No moment goes to waste.

I appreciate his relationship and respect to artistry and the experience of fashion. This is just one of the many reasons why people want to work with Roach.

Manus X Machina: Fashion In An Age Of Technology (2016)

Her cyborg chic Michael Kors moment at with the bob and the billion-dollar beauty was adorned in beaded sequins from neck to toe.

This was really at the rise of Zendaya’s film career; Spiderman was already out, Euphoria was likely in the making. It was to no one’s surprise that Zendaya was taking a more mature grasp of her image. I applaud her for making it effortless.

What I love about this is the 80s-esque color scheme of it all. It’s royalty but in the most Dynasty way. Zendaya was giving her interpretation of Dihann Caroll.

She didn’t have to go this hard as a presenter! The artistry of the Ralph & Russo gown, paired with the Poison Ivy color combo just pulls you into Gotham. It was a sleek, comfortable look that was executed perfectly.

Perhaps one of the most elevated looks that Zendaya has presented to date is her Tom Ford number. Gwyneth Paltrow wore the same breastplate for the cover of Harper’s BAZAAR.

It’s an incredibly unique idea to wear something so daring and unconventional for an awards event. It pushes the envelope to a more avante garde space. The styling, from the braids to the colormatched nails was a sight for heaven–– and dare I say an omen to her future with Valentino!

It was totally fitting for Zendaya to show up to the CFDA Awards to accept the Fashion Icon Award looking like an absolute ICON in Vera Wang. This goes back to her partnership with Law. These silhouettes that we’re seeing her in are absolutely unique. A lot of stylists need to take that into consideration when presenting their clients in fresh and innovative ways. Roach gets it.

For something as simple as a suit, Zendaya and Roach sure pushed the boundaries with comfort and elevation. The entire monochromatic look was a vision. Grey tones can easily veer off into dullness and matured grandmother territory. This look, however, took it to the future with exaggerated shoulders and prime styling.

I urge you to take your style and live in it to its fullest. This is your life.

With Law Roach in her corner, Zendaya has a proper grasp on what has not been seen before. It’s crazy that this twenty-four-year-old was on Disney Channel only a few years ago. Her career has genuinely skyrocketed to a universe that very few actors see.

As a young twenty-something, she exhibits visual respect for the art of design and fashion. Unlike the norm, she is always on board to give you the FULL fantasy.

Among all other things, her kindness, compassion, and loveable nature, what I appreciate most about Zendaya is her openness to being risky and daring with her looks. 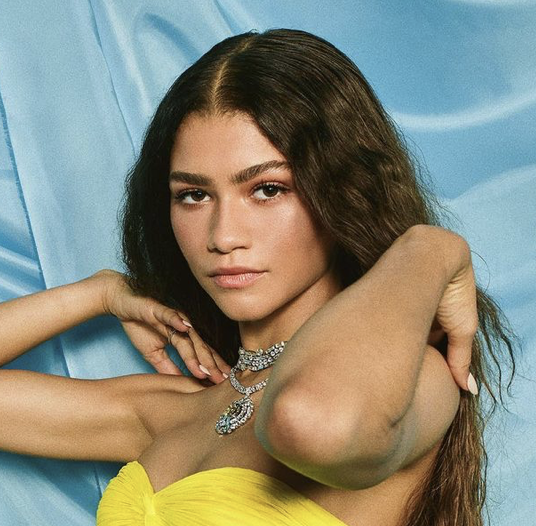 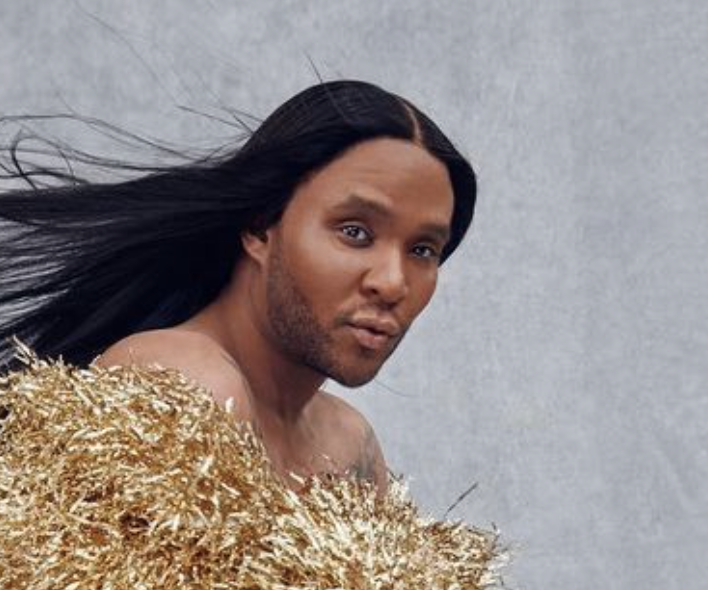